PRIME BISHOP FRANCIZEK HODUR
Retelling the story of a Visionary

The History of the Polish National Catholic Church.
Every once in a while is born amongst us, men of vision, leadership, and action, who make a difference in this world. All men hope that they will reach that point when something they dream of, or do, will make a lasting impact on their fellow beings. Not all of us are fortunate to be able to do so. So when someone achieves that, we recount over and over again the story of their life to remind us, or inspire us, or to show us how.

For the Polish National Catholic Church, Prime Bishop Franciszek Hodur is one such. We can read our history, our identity, both spiritual and as a community, and our development as immigrants in North America, with the retelling over and over again, the story of his life. We remind ourselves every now and then and draw inspiration and strength from it.

Born on April 1st 1866, in the village of Zarki, not very far from Krakow, Poland, to a poor peasant couple, John and Mary (Kosowski) Hodur, Franciszek was one of seven children. For those who belonged to that era, or are familiar with the history of Poland of that day, are aware its society could be best described as semi-feudal; not very welcoming to the idea of higher learning for poor peasants, it needed grit and motivation for a poor peasant child to make it to institutions of higher learning beyond what the small village school offered. While history is written from a distance and without first hand information one can only deduce that Franciszek was blest with parents that encouraged this ambition.

In 1879, a young thirteen year old accompanied by his mother both, ambitious, hopeful, walked the miles between Zarki and Krakow, their fatigue made light with their determination and focus, and enrolled in the government gymnasium of St. Anne, a secondary school, prepping students for university. Not having comfort of rich parents who could pay his way, the young Fransciszek supported himself by tutoring younger students and graduated in 1889. He had a mission. He felt a call from God and he took courses in the Jagiellonian University of Krakow to prepare for the priesthood. Two years later, he received minor orders administered by Cardinal Dunajewski and then immigrated to the United States.

The young Fransciszek Hodur completed his theological studies in Saint Vincent's Seminary in Betty, Pennsylvania, and was ordained to the Roman Catholic priesthood on August 19, 1893, by Bishop William 0'Hara in Saint Peter's Cathedral in Scranton, Pennsylvania. Now an ordained priest under the Roman Catholic Church he was assigned to Sacred Hearts of Jesus and Mary Parish in Scranton, as an assistant priest to the Rev. Richard Aust. Here he was to spend eighteen months, actively participating in social work. He worked particularly with the youth of the parish, and his enterprise and visionary work moved him to publish one of the first parish papers in this part of the country.

Priestly zeal, devotion to his work, personal contact with the members of the parish, eager concern for the welfare of the parishioners are irresistible and endearing qualities for anyone to possess in a community. Rev. Fransiczek Hodur displayed it all. As we recount later events, we can see how much he had endeared himself to the people. His next assignment at the Holy Family Slovak Parish in Scranton lasted several months and he was then transferred to Nanticoke, as pastor of the Holy Trinity Polish Parish. However, during this time discord grew within the Sacred Hearts of Jesus and Mary Parish in Scranton where he had held the assistant priest position. In the autumn of 1896, the strife between the people and the pastor, concerning the administration of the parish worsened. What may seem counter-intuitive to the teachings of Christ, and the very essence of a church, the struggle between the people and the pastor resulted in the ecclesiastical authority asserting itself by summoning the police. In this, there is much to learn.

Our material world takes over and the very principles of Christianity are put aside to resolve matters of thechurch, which in itself is a body of the laity, a community of faith! What may seem impossible in a house of God now took over. The people and the police stoodon opposite sides of the fence; people were clubbed and many jailed. A mistake that has many a time lead to disaster and broken stronger institutions and this was no exception. The parishioners learnt, to their deep consternation and sorrow, that they held no stakes in the church property which they had built with theirhard-earned money. Somehow, when trust had been high and their fervour at its best, the title had been signed over to the bishop.

From great strife, very often, great institutions arise. The French Revolution with all its bloodshed, laid the foundations for freedom and democracy, and so with many other struggles, this was the foundation of the Polish National Catholic Church that structured itself on democratic principles of the present day.

Wounded, a very disturbed people sent representatives to Nanticoke to seek the counsel of their former curate, Father Francis Hodur, a trusted and close friend during his tenure at their parish. Rev. Fransiczek Hodur, blest by God with vision and wisdom once said to have been given to Solomon, listened at length to their woes and carefully weighed the position. Eventually his counsel to them: either submit to the bishop's ruling or else build a new church and make sure to retain the title. The lesson to be learnt here is that involving the people with the law was a sure way of creating an irreversible splintering of the church. The choice was clear. A new church was founded, and on March 10, 1897 a petition with two hundred names, requesting Father Hodur to take charge of the new parish,narrived in Nanitoke.

Father Hodur now faced two distinct pictures in his mind; the hopeful people of his earlier parish in search of leadership and on the other hand the Roman Catholic Church where he had dedicated his mission. What are the factors that weigh with a man on the crossroads? A risky new life or the safety of the church he was part of? A break with his basic religious affiliations, because ex-communication would surely result, or leaving a community rudderless and separated? Would not his ex-communication lead him to a life of suffering, trial and struggle. Could he defy the power of the Church? On the other hand, here were people, his people, simple, rudderless, looking for direction, looking for leadership. Is this what God wanted of him? No doubt, Rev. Fransiczek Hodur spent some time praying for guidance. Finally, God’s guidance and his own vision took him on the evening of March 14, to Scranton to formally take charge of the new parish which chose St. Stanislaus as its patron saint. History was made. 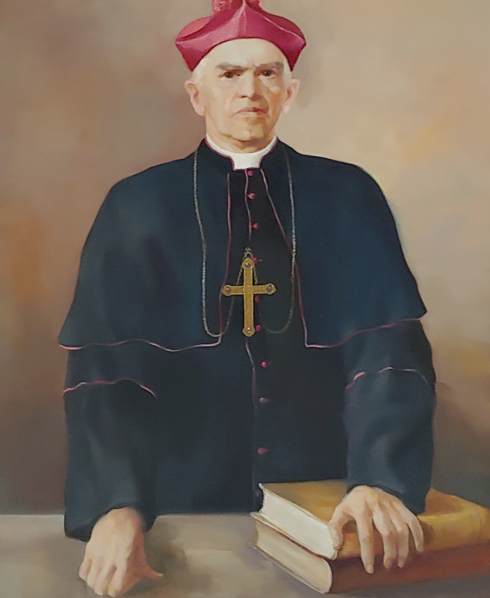 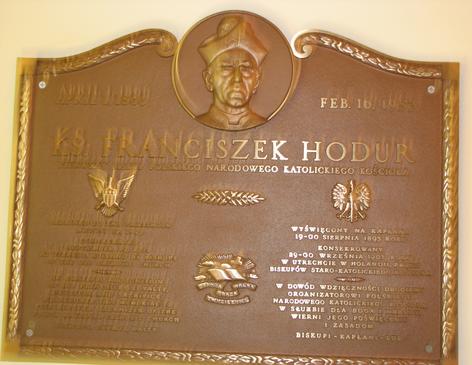